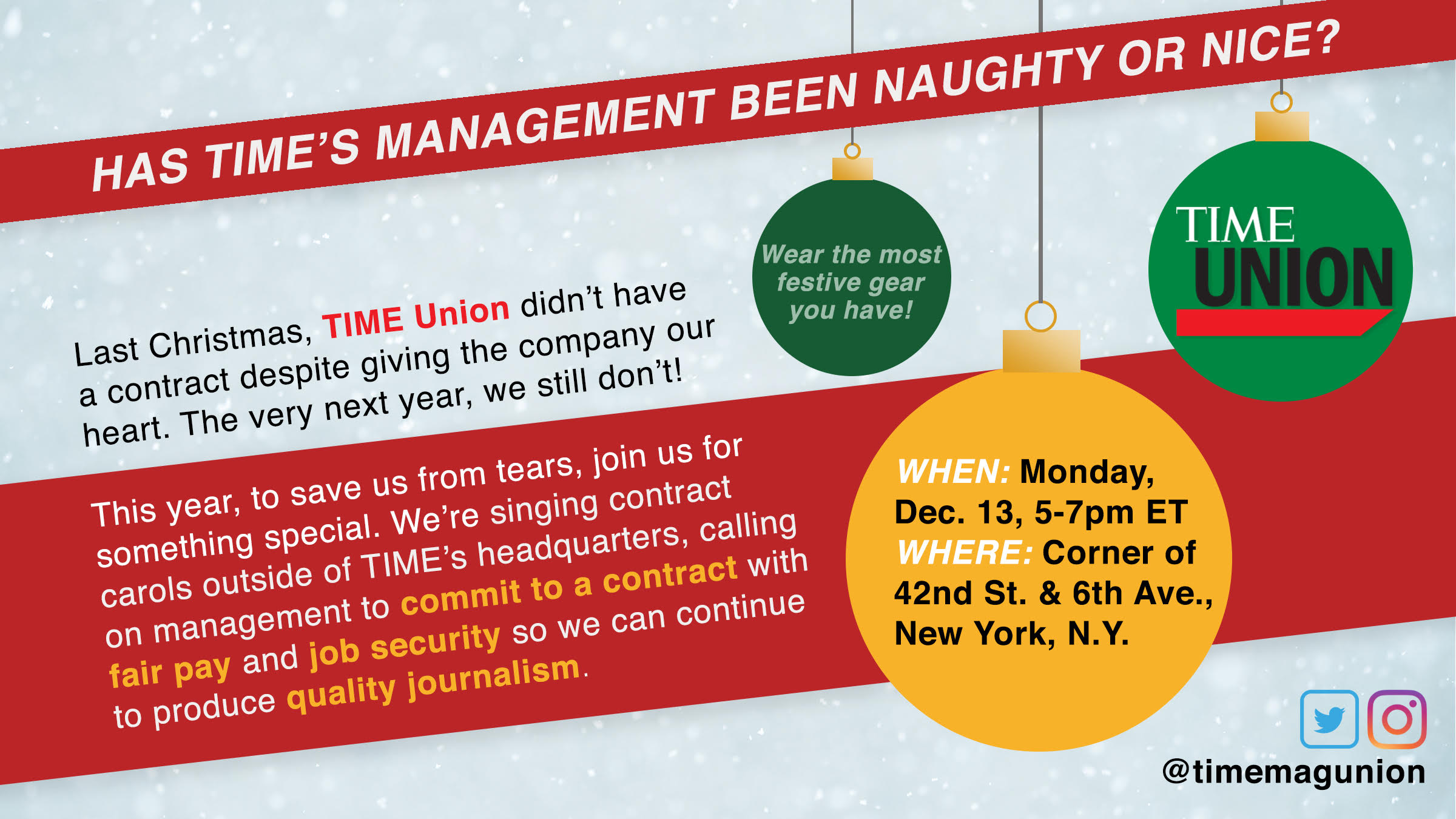 New York — This evening, Dec. 13th from 5-7 pm ET, editorial staff of TIME Union will rally outside of the company’s Manhattan headquarters on the corner of 42nd St. and 6th Ave. to spread the word about their grueling fight for a fair contract. They’ll be handing out candy canes and flyers telling their bosses how to stay off the “naughty list,” singing “contract carols,” and letting management know their demands: commit to fair pay, job security, and quality journalism.

The contract, if won, will be the first to cover all eligible TIME editorial employees in the U.S. including staffers for TIME digital and TIME for Kids. The union has been bargaining for a new contract for all of TIME’s editorial staffers since 2019. Currently, only staffers who work in print (about half of the members) are covered by the previous contract

“TIME is currently suffering from a brain drain, in which disproportionately young, female writers of color are finding better opportunities for professional growth and fair pay elsewhere—and thriving in those new positions,” Andrew Chow, Staff Writer, says. “A new contract is essential toward fostering an internal culture where the people creating the future of TIME actually want to stay.”

The rally will also focus on demands for livable and equitable wages. Many members have gone years without receiving a general wage increase at TIME, while the cost of living has gone up more than 6% this year alone. Wage demands include increased salary minimums, which will help address pay disparities that exist in the newsroom. The workers are also fighting to protect journalists from being disciplined based on metrics, such as unique visitors, to ensure that they are judged on the quality of their work—not how well they can meet arbitrary quotas.

“Fair and competitive pay wouldn’t just improve quality of life,” Arpita Aneja, Senior Video Producer, says. “It would also give people who may not come from wealthy backgrounds or have family money a fair chance to succeed in journalism.”