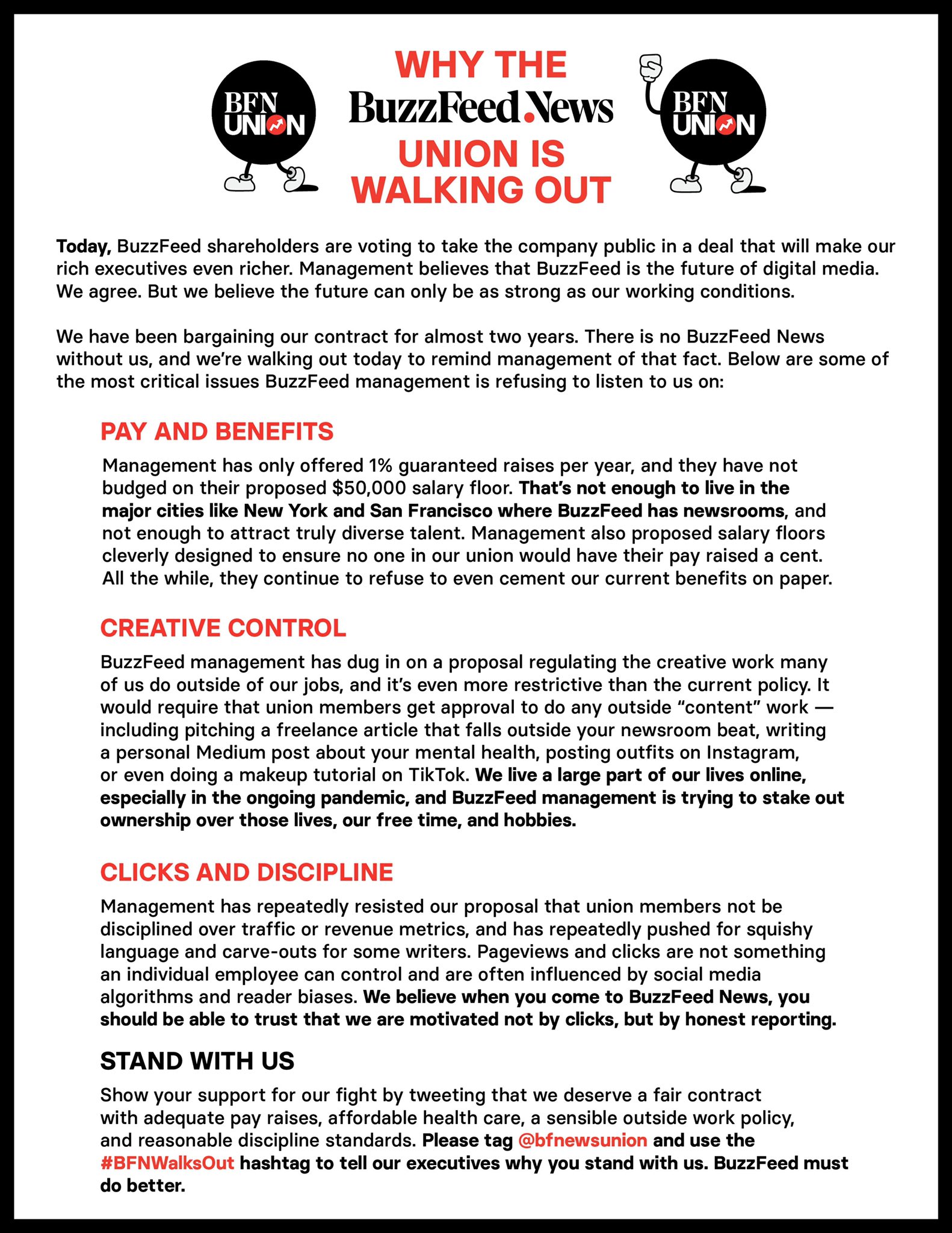 The Buzzfeed News Union workers are walking off the job for one day starting this morning with 100% participation. At the same time, BuzzFeed shareholders are set to vote to take the company public. Workers are calling on management to focus less on growing the company economically, and more on their employees, who have been fighting for two years to reach a fair union contract with adequate pay raises, affordable health care, a sensible outside work policy, and reasonable discipline standards.

BuzzFeed News employees are walking off the job to demonstrate how vital the work of BuzzFeed News’ reporters, editors, photographers, designers, and operations people is to making BuzzFeed the #1 site in time spent in the US among Gen Z and millennials.

The company is currently targeting a $1.5 billion valuation. However, at the bargaining table, they continuously refuse to move on their proposal of mere 1% guaranteed wage increases per year and a salary floor of only $50k. That is not a sustainable living wage, and it is not enough to attract a true diverse talent pool that’s crucial to the future of BuzzFeed.

“We deserve a strong contract that protects us and ensures a fair and equitable workplace for everyone in our unit. It’s been years — it’s time for BuzzFeed to get serious at the bargaining table. We are.” says Katie Notopoulos, Senior Technology Reporter.

“Buzzfeed’s founding mission seeks to spread truth and joy. The truth is Buzzfeed’s influential and unique reputation is nothing without its workers, whose fight for a fair contract have continuously been stalled,” says Susan DeCarava, President of NewsGuild of New York. Throughout the day, the news union Twitter (@BuzzFeedUnion) will share testimonials from unit members about why they’re walking out and the value the union has already demonstrated to them. The union will also hold a rally on Twitter Spaces from the same account at 12:00 pm ET that supporters are encouraged to attend.